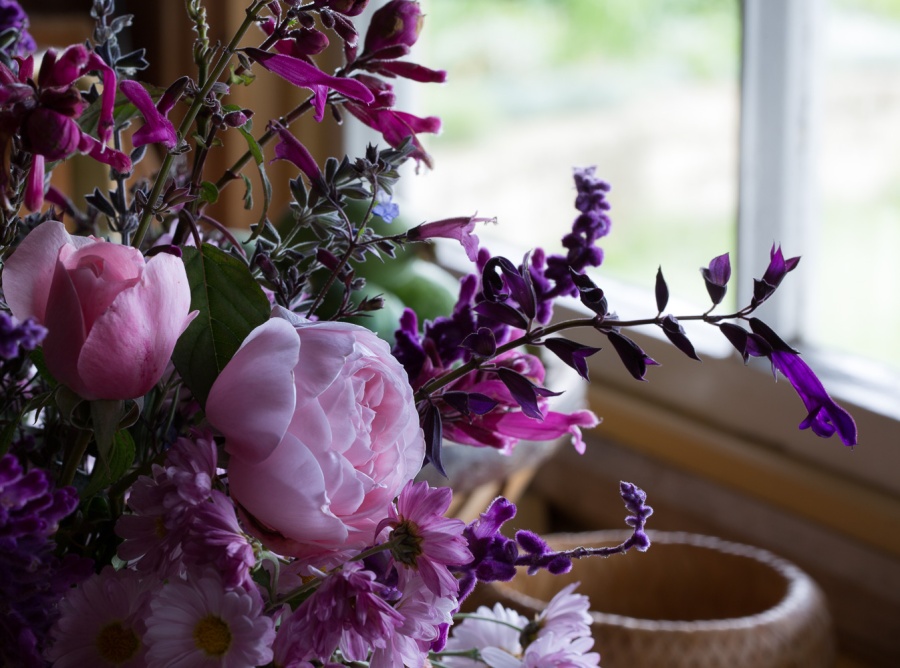 Salvias and Chrysanthemums are the most prolific flowers in the garden now, and are beloved by the pollinators.

Salvia confertiflora made it clear that she would not share the stage with anyone in pink, so I have 2 vases, one with the pink Salvia involucrata ‘Bethellii’, ‘Boutin’  and ‘Mulberry Jam’ as well as the lovely scented rose ‘Nahema’. 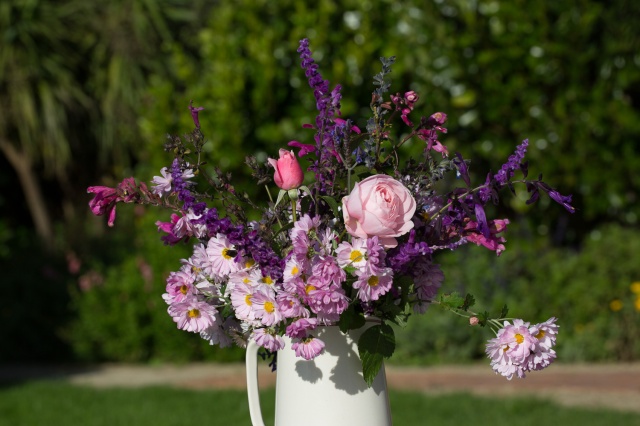 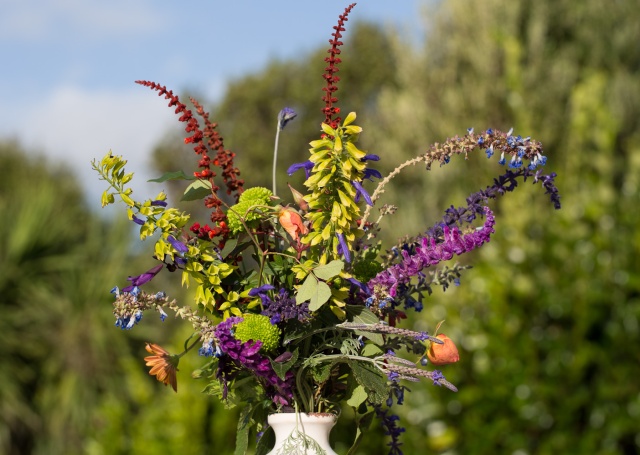 Confertiflora is accompanied by Rose ‘Abraham Darby’ rosebuds and my new Osteospermum ‘Teracotta’ as well as Salvias ‘Black Knight’, ‘Indigo Spires’, leucantha, uliginosa, and Mexican Salvia. There are also a few of the small leafed salvia flowers,  Salvia microphylla ‘Royal Bumble’. These are robust but slow growing for me, and are still relatively short leaving them prone to being overwhelmed by faster growing plants. 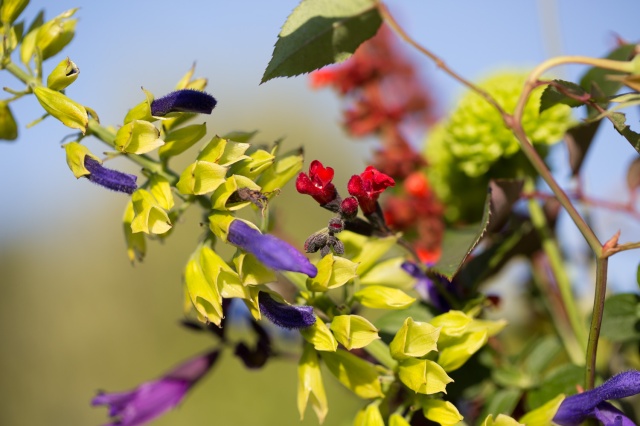 ‘Indigo Spires’ is large and floppy but manages to weave itself through other plants, and is a big favourite of many pollinators. Leucantha is the current choice of honey bees, where they often take advantage of flowers which have been pierced by bumble bees. 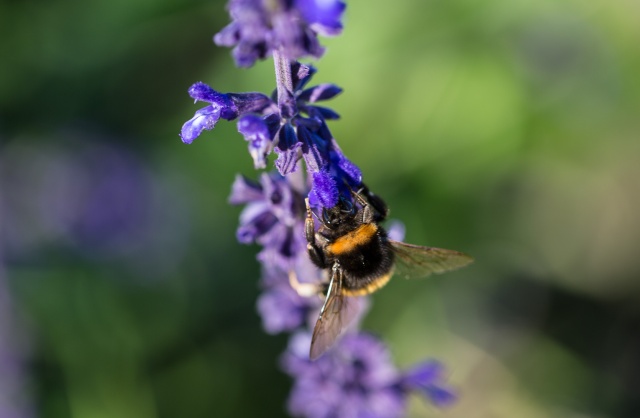 A Wool Carder bee had claimed one area of Indigo Spires which is growing next to and through an ‘Ember’s Wish’, and kept harrying a Monarch butterfly which was feeding there as well. Both the Monarch and the bee had very damaged wings, seemingly causing them no issues with flying. 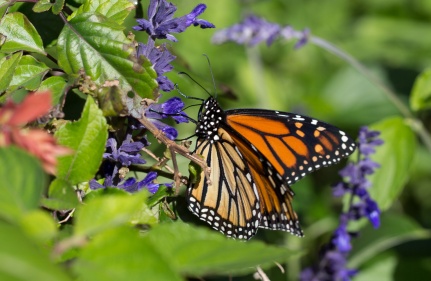 In a Vase on Monday is hosted by Cathy at Rambling in the Garden, featuring flowers from around the world, both Spring and Autumn.

19 thoughts on “In a Vase on Monday – mostly Salvias”