My lillies are all flowering. I grew them from the seed of a lily that popped up in a plant from a nursery so I’m not sure what they are. They have a light scent, unlike the single Tuberose which has such a strong perfume.

I haven’t grown Tuberose before – it’s growing in rich compost with enough water and sun so has had an easy time. 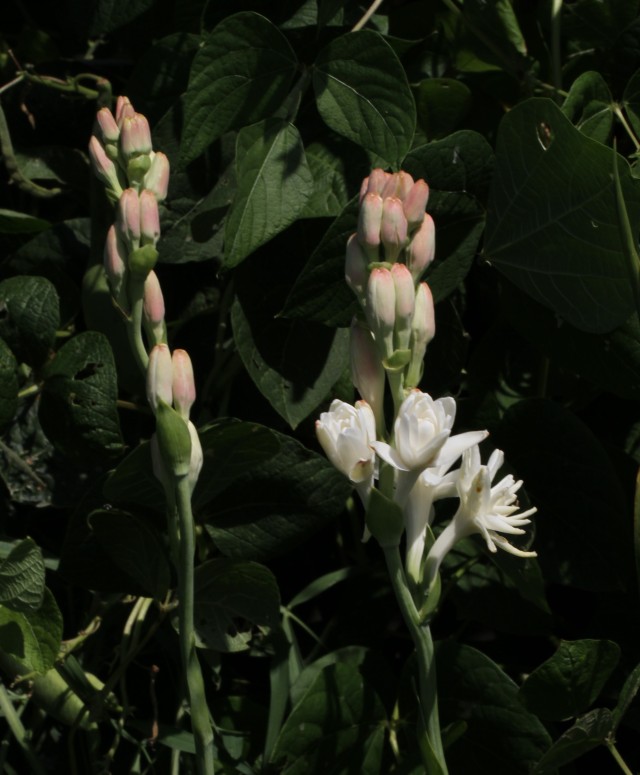 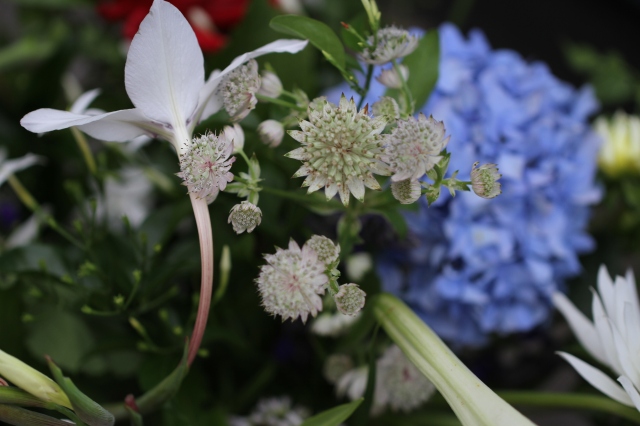 I finally have Astrantia this year, although it’s quite small, and the variegated ones quickly became un-variagated; it’s probably too shady where I have them.

Cathy at Rambling in the Garden hosts this meme and and also had the help of the wind in rearranging her flowers this week. Here we are experiencing a bit of turbulence this week as an offshoot of some tropical storms which have luckily largely missed us.

24 thoughts on “In a Vase on Monday – Lillies and Tuberose”