I am pretty happy with my buckwheat. After the extra hot spring weather brought early flowering on many trees and shrubs, I wanted to make sure the bees didn’t go hungry later in the summer. I sowed the buckwheat seed in an area of soil which had been dug and flattened for the septic tank runoff, but won’t be completed with the drainage until the plumbing is finished later in the year. We had a couple good rains, and 4 weeks later the first flowers were out and filled with bees every morning. A rainy and hot month later the plants are almost as tall as me and full of flowers. 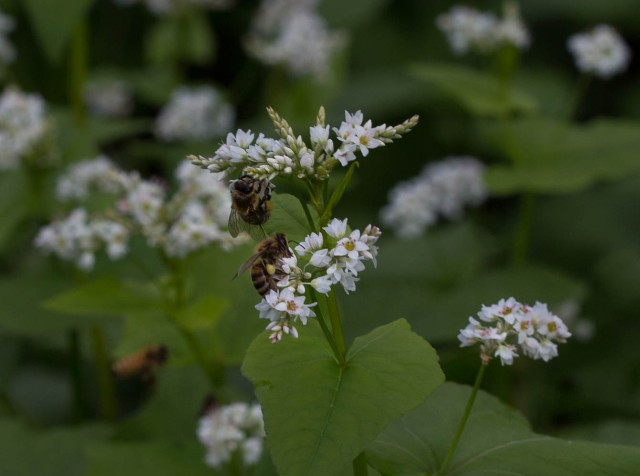 Buckwheat only releases nectar in the morning, so the bees seem to be very business like and efficient in harvesting. They carry a good amount of pale yellow-green pollen as well.

Buckwheat honey sounds interesting – people either love it or not. I’m keen to try it, but mostly I want the bees to have plenty of food in winter.

7 thoughts on “Buckwheat for Bees”