A week of sunshine and suddenly all of the roses are out, and I’m trying to pick all the Sweet Peas to keep them going. I still haven’t put the tomatoes out though, in case a big wind comes up. 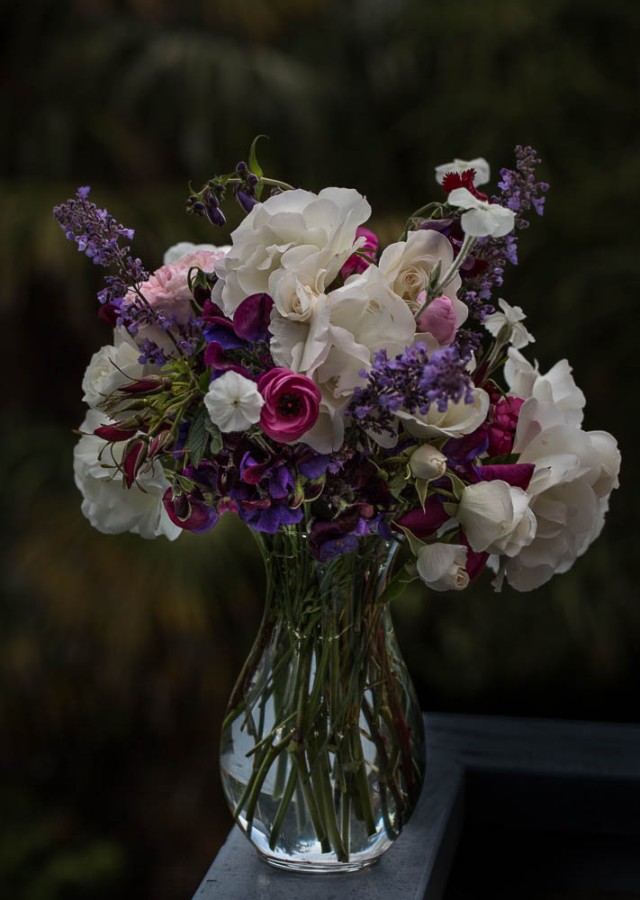 Iceberg rose was starting to cast a shadow on the solar panels. Apparently a small shadow can take out a whole section of the panel, so it was time for a trim. Iceberg has a wonderful fruity scent and for me is one of the healthiest and most flower-covered of the roses. Rugosa ‘Anne Endt’ is another. A New Zealand Rugosa, it is thought to be a cross between R. rugosa and R. foliolosa, an American species. Given to me as a sucker, it is now a wide bush full of deep crimson roses and bees gathering pollen from the golden stamens. The single roses tend to fall apart in the car, so I’ve only picked buds. Like all Rugosas this is a very prickly rose – like a blackberry.

Because I planted my Anemones a bit at a time, and late, they are still coming up. These pretty pink ones are from a pastel mix.

Abraham Darby English Rose is still happy in the Orange garden, surrounded by purples like the Nepeta Six Hills Giant and Penstemon Burford Purple, as well as other orange-ish colours.

At Rambling in the Garden, creativity rules as flowers get scarcer and the Northern Hemisphere winter gets closer.