I had forgotten the Japanese Iris, so I was blown away by this one appearing so long after the Dutch Iris have finished. It’s the first year it has flowered, and is growing in what I call the night time garden, not because it’s meant to be seen by night but because it’s a mix of dark colours, dark leaves, bright colours and white. (So it’s night time in the city – not so interesting if it was night time in the country which is  ‘dark as the inside of a cow’s stomach’ as they say here)

The Lily is a tall scent-free one, which is growing and gradually increasing on a sunny bank. Dark purple Penstemon, Keith Hammet dark leaved Dahlias, Dianthus ‘King of the Blacks’, and the Hydrangea ‘Blue Wave’ are from the night time garden. 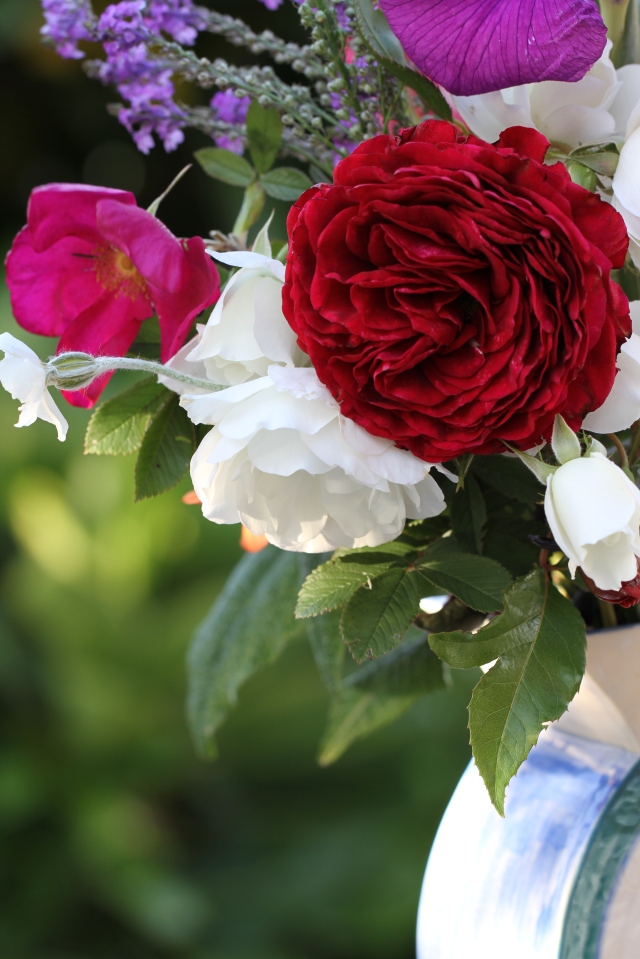 The Roses are Mr Lincoln, I think, (or Deep Secret, or something else) , Iceberg, and an unknown single Rugosa which is spreading and getting quite big – a little scary since it’s making a dense prickly thicket. I’ve promised to keep Iceberg off the solar panel so it was overdue for a trim.

Linaria and Lychnis and Penstemon ‘Thorn’ make up the remaining flowers. 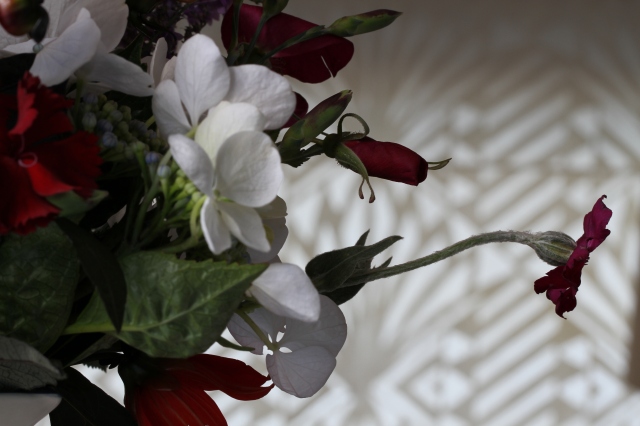 Cathy is featuring the magic of early snowdrops over at Rambling in the Garden so make your way over and post a vase of your own.