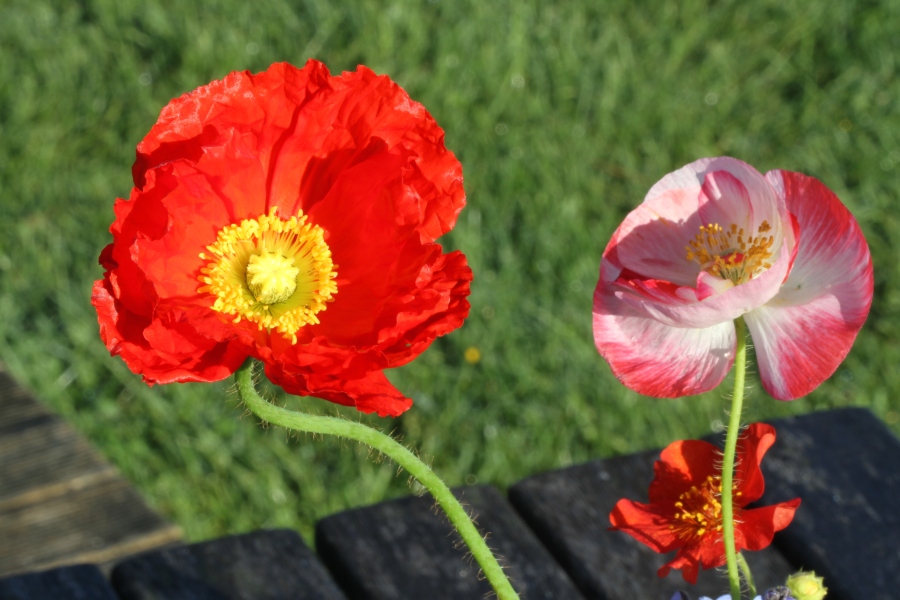 A friend brought these little bottles of sake from Japan, and I’ve been dying to use them as little vases. The gold one had real gold flakes in it. 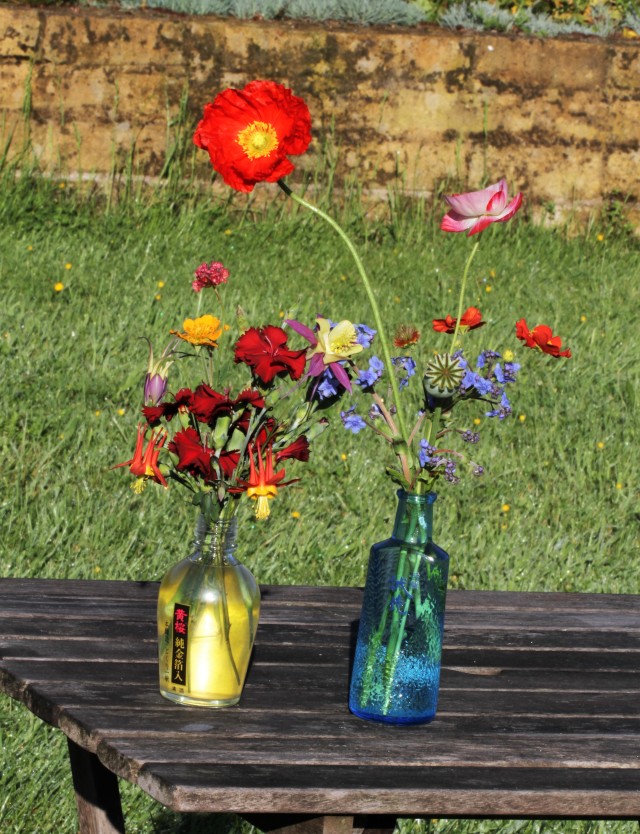 The gold bottle has Dianthus  ‘King of the Blacks’, which has a heavenly scent, a couple of Aquilegia Canadensis and some seed grown Columbine , a Geum of the Borisii type, and an Armeria -Thrift Bees Ruby.

The blue bottle has poppies, an Iceland Poppy and one that came from a mixture and a seed head of another, along with a red Geum, Mrs. Bradshaw I think, and some Cynoglossom Amabile or Chinese Forget-me-not. 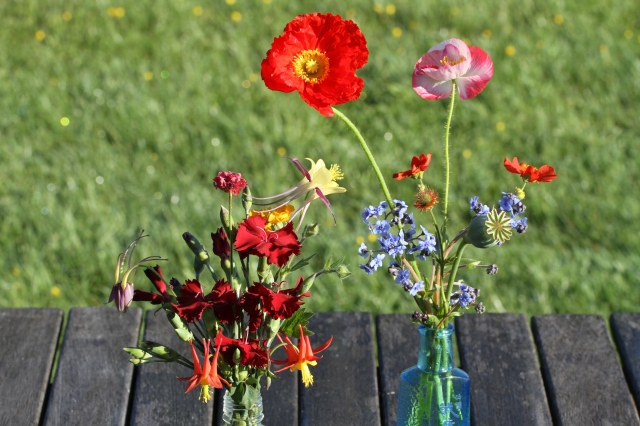 ‘King of the Blacks’ has been a really strong grower for me, surviving all kinds of neglect. I’ve added a bit of sand to the soil where it’s growing but other than that it has had to fend for itself. As you can see it’s really a dark red, getting darker as the flowers age.

Cathy at Rambling in the Garden hosts this meme every Monday so have a look and see if you would like to join in.

30 thoughts on “In a Vase on Monday – Sake Bottle Posies”