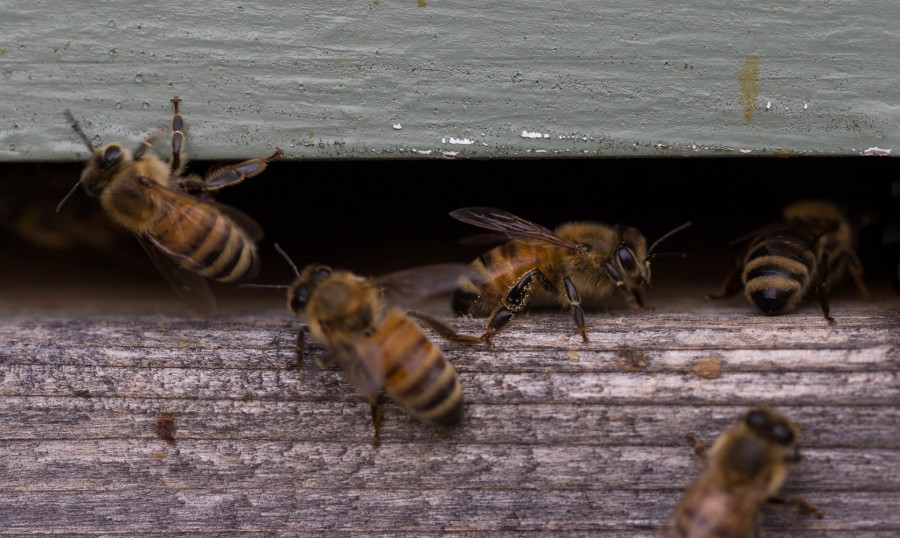 I set my camera up in front of Beresford’s hive, and after getting stung and dropping the camera, we all got used to it and took some pictures. It was a sunny late morning so there was a steady stream of bees leaving and returning, although not nearly as many as in Summer.

The pattern seemed to be that the bees would arrive and clean themselves outside the hive before being checked by the guard and allowed in. You wouldn’t want to be a bee arriving back without the right credentials.

Guard bees are generally workers between 14 and 21 days old, when their venom is most potent. They check that the returning bees belong to the hive, and guard against other things like wasps and humans with cameras.

The bees often seemed to clean themselves or each other before going in, so perhaps they get told off if they check in with dirty antennas.

And other times it looked like they were recounting adventures… 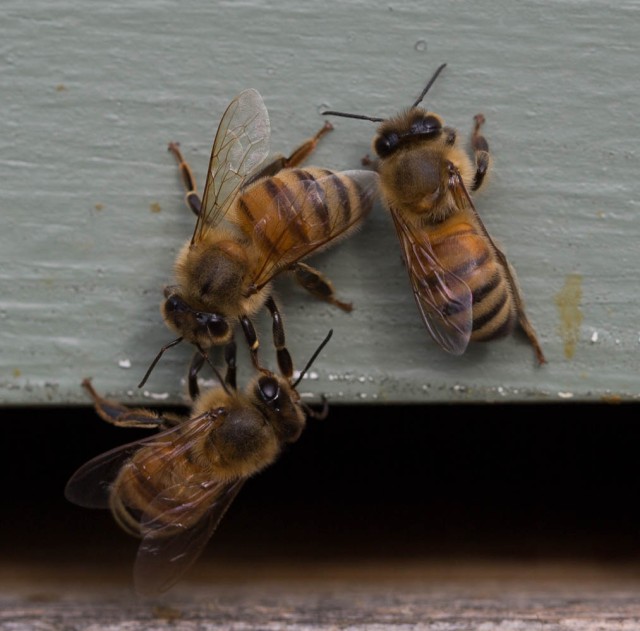 It was good to see some of them bringing in pollen to feed the babies.