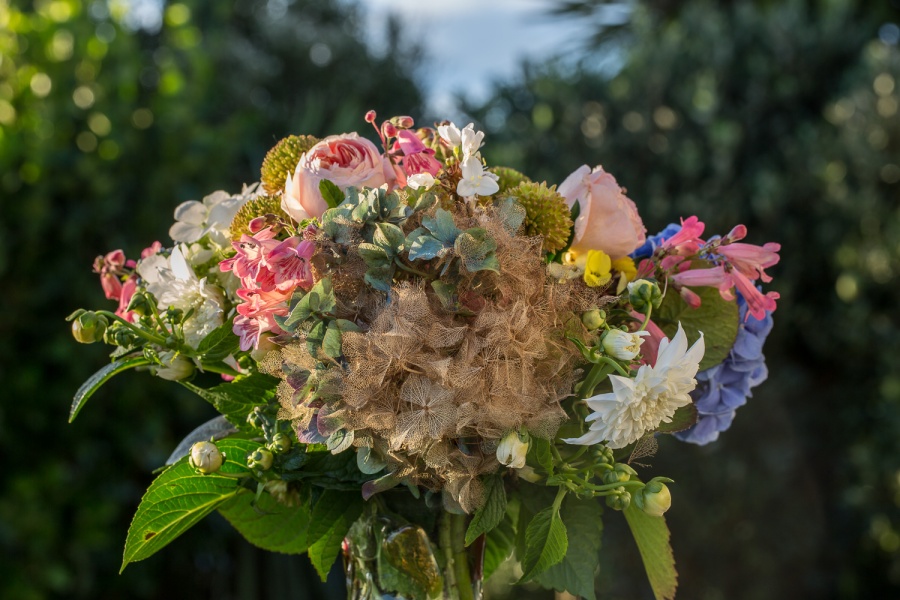 I started with Abutilon, white and a rich strawberry colour, which have scrambled up into the trees and are flowering madly, but it all wilted before I could get it into the vase. Instead I picked Rose ‘Abraham Darby’ and Erysimum for scent, Penstemon ‘Hidcote Pink’, a few stems of Sisrinchium, Hydrangeas, Tree Dahlias, and a lot of the bright green chrysanthemums which have aged to an attractive orange – pink shading to green – yellow.

The Tree Dahlia was looking amazing, with stems 4 to 5 metres tall and 1.5 inches thick. I had to prune some of them back to save my Pomegranate tree which was being smothered underneath them, and then a wind came last week breaking many and knocking others over. The fallen ones were still flowering, so at least it was possible to cut them. The flowers are simple, like a smallish white cactus type. 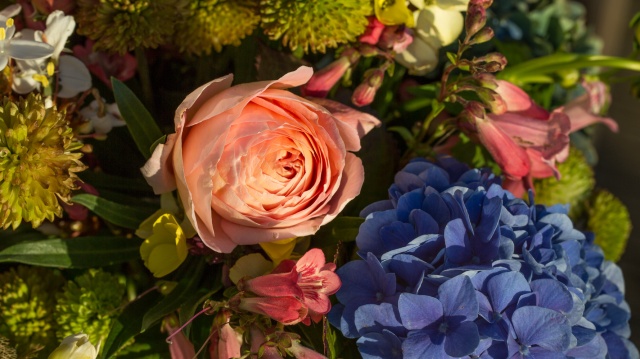 The English Rose ‘Abraham Darby’ is settling in after its third move in as many years. It is definitely happier in the orange garden, or maybe it’s all the rain this year.

There are one or two new Hydrangea flowers still, maybe these are stems that were pruned earlier in the year, but most of them are doing their graceful disintegration. 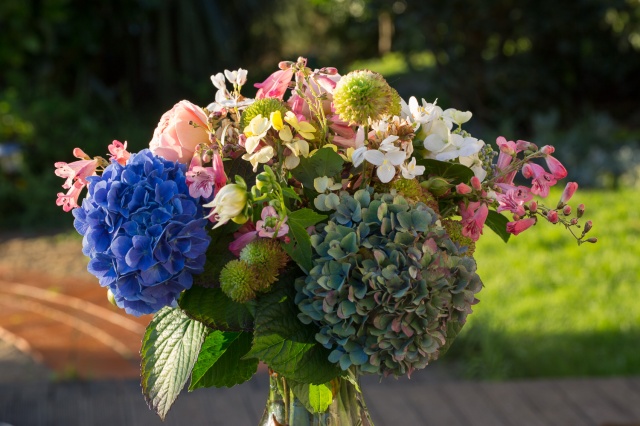 Head over to Rambling in the Garden for vases full of summer blooms, or pick some flowers and share. 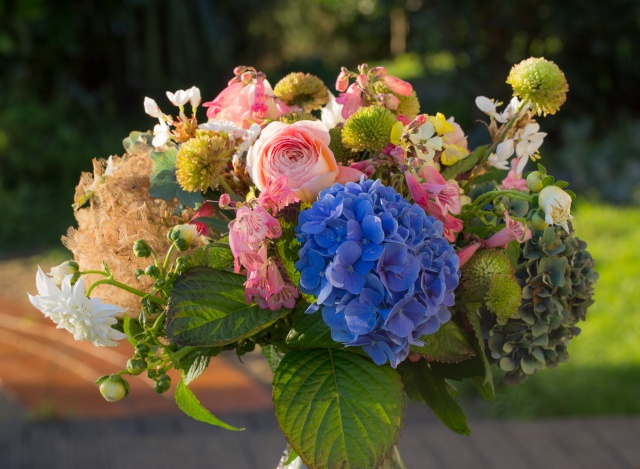