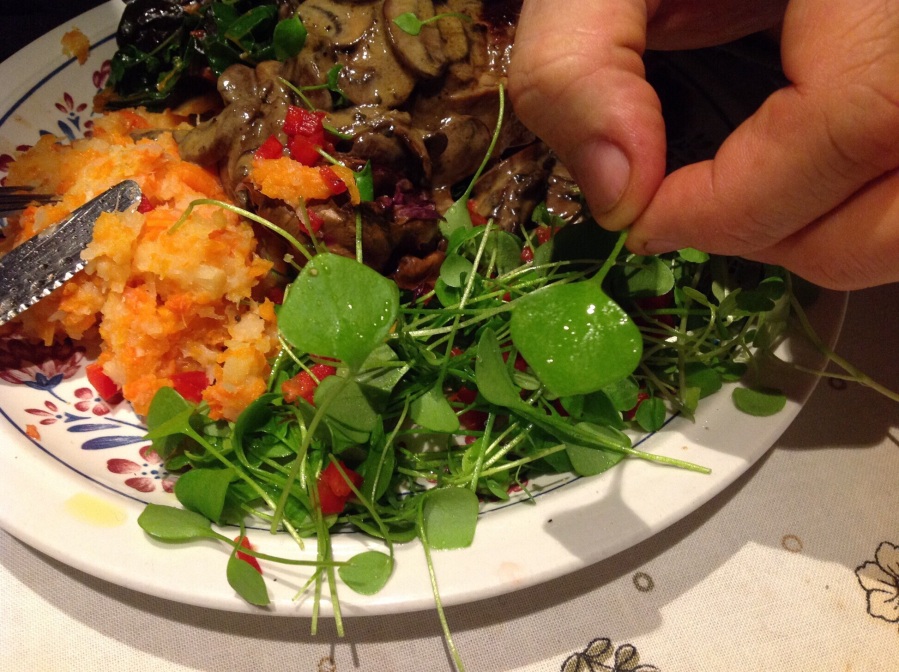 I love this winter salad green which seems to pop up in Winter the way it’s relative Common Purslane pops up in Summer, except that for us the summer version is much more ubiquitous (often called a weed, but also very nice in salads).

Miner’ lettuce pretty much stays where you put it, and can even die out if it gets too dry or overrun by weeds. If it’s growing well it’s thick – to harvest it you can just cut it off with scissors far enough above the ground to avoid any dirt. Claytonia perfoliata is its proper name.

Although it’s native to Canada where I grew up, I had never noticed it as a plant or a vegetable until I came to New Zealand. I imagined that the name ‘Miner’s Lettuce’ came from the shape of the leaves which are like a tiny shovel, but according to Wikipedia the leaves were a source of vitamin C for the California Gold Miners hence the name.

Also on the plate is another yummy veg, what we call ‘smashed parrot’, parsnips and carrots boiled together and mashed lightly with butter.